Lets support our heritage together! Launch of IVY 1/12/21! 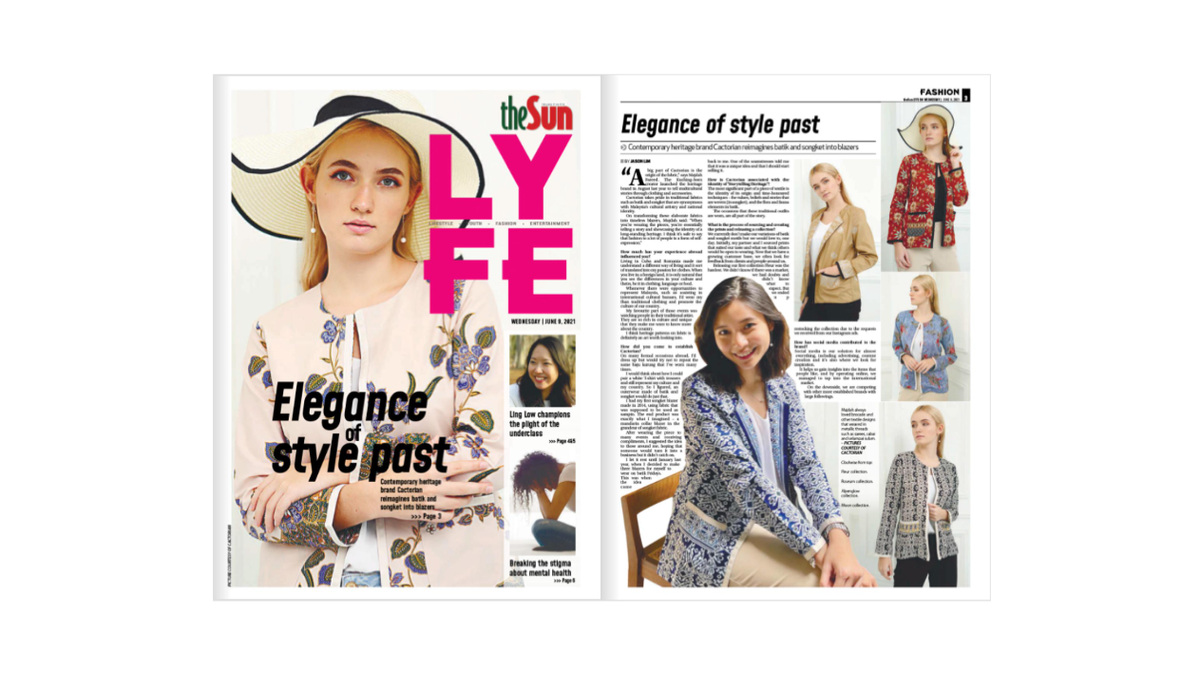 Elegance of style past 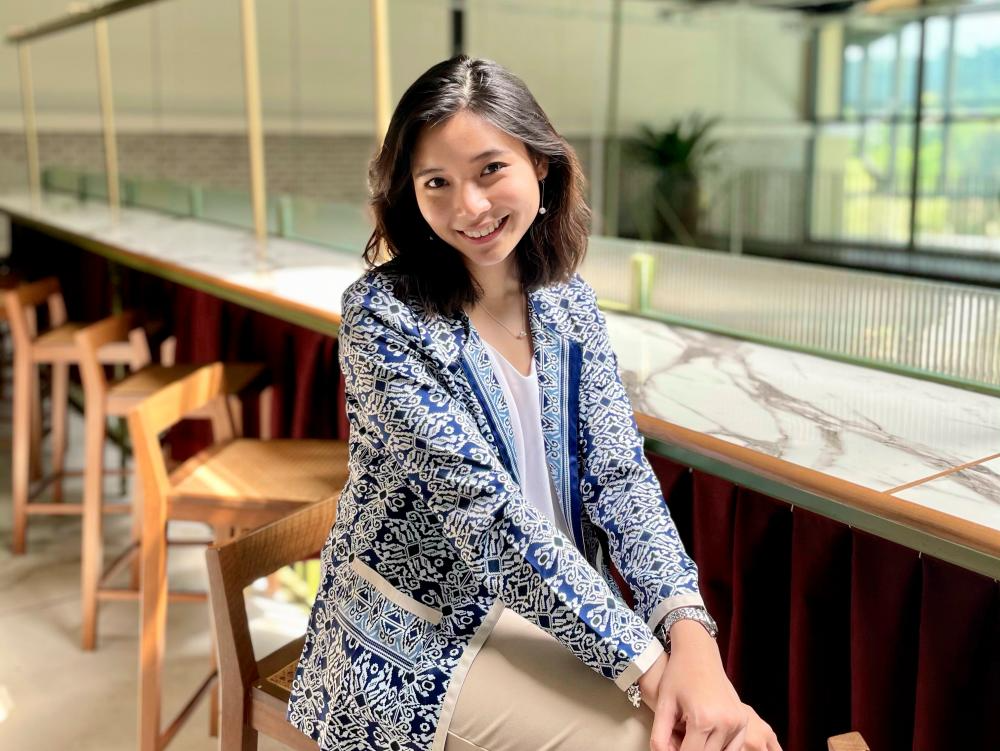 Majdah always loved brocade and other textile designs that weaved in metallic threads such as sarees, sabai and selampai sulam. – PICTURES COURTESY OF CACTORIAN

“A big part of Cactorian is the origin of the fabric,” says Majdah Fareed. The Kuching-born creator launched the heritage brand in August last year to tell multicultural stories through clothing and accessories.

Cactorian takes pride in traditional fabrics such as batik and songket that are synonymous with Malaysia’s cultural artistry and national identity.

On transforming these elaborate fabrics into timeless blazers, Majdah said: “When you’re wearing the pieces, you’re essentially telling a story and showcasing the identity of a long-standing heritage. I think it’s safe to say that fashion to a lot of people is a form of self-expression.”

How much has your experience abroad influenced you?

Living in Cuba and Romania made me understand a different way of living and it sort of translated into my passion for clothes. When you live in a foreign land, it is only natural that you see the differences in your culture and theirs, be it in clothing, language or food.

Whenever there were opportunities to represent Malaysia, such as assisting in international cultural bazaars, I’d wear my Iban traditional clothing and promote the culture of our country.

My favourite part of those events was watching people in their traditional attire. They are so rich in culture and unique that they make me want to know more about the country.

I think heritage patterns on fabric is definitely an art worth looking into.

How did you come to establish Cactorian?

On many formal occasions abroad, I’d dress up but would try not to repeat the same baju kurung that I’ve worn many times.

I would think about how I could pair a white T-shirt with trousers and still represent my culture and my country. So I figured, an outerwear made of batik and songket would do just that.

I had my first songket blazer made in 2014, using fabric that was supposed to be used as sampin. The end product was exactly what I imagined – a mandarin collar blazer in the grandeur of songket fabric.

After wearing the piece to many events and receiving compliments, I suggested the idea to those around me, hoping that someone would turn it into a business but it didn’t catch on.

I let it rest until January last year, when I decided to make three blazers for myself to wear on batik Fridays. This was when the idea came back to me. One of the seamstresses told me that it was a unique idea and that I should start selling it.

How is Cactorian associated with the identity of ‘Storytelling Heritage’?

The most significant part of a piece of textile is the identity of its origin and time-honoured techniques – the values, beliefs and stories that are woven (in songket), and the flora and fauna elements in batik.

The occasions that these traditional outfits are worn, are all part of the story.

What is the process of sourcing and creating the prints and releasing a collection?

We currently don’t make our variations of batik and songket motifs but we would love to, one day. Initially, my partner and I sourced prints that suited our taste and what we think others would be open to wearing. Now that we have a growing customer base, we often look for feedback from clients and people around us.

Releasing our first collection Fleur was the hardest. We didn’t know if there was a market, we had doubts and didn’t know what to expect. But we ended up restocking the collection due to the requests we received from our Instagram ads.

How has social media contributed to the brand?

Social media is our solution for almost everything, including advertising, content creation and it’s also where we look for inspiration.

It helps us gain insights into the items that people like, and by operating online, we managed to tap into the international market.

On the downside, we are competing with other more established brands with large followings.

Get COZY for some business advice with Kaki Lima Socks!
Sep 25, 20